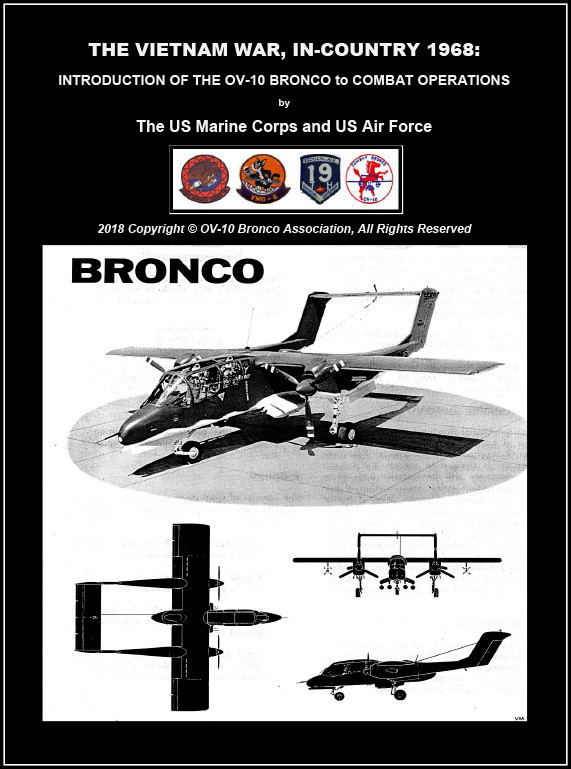 THE VIETNAM WAR, IN-COUNTRY 1968: INTRODUCTION OF THE OV-10 BRONCO to COMBAT OPERATIONS by The US Marine Corps and US Air Force (Electronic Edition) PLUS Bonus Material 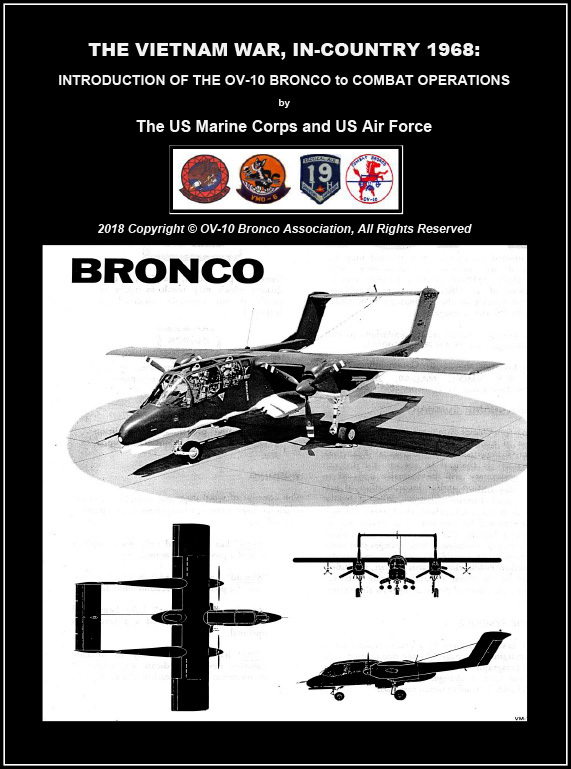 This is an electronic version of the paper that was presented at the In Country: The War in Vietnam - 1968 Symposium produced by the National Museum of the Marien Corps and submitted for the General Roy S. Geiger Award for best Marine Corps aviation article for 2018.

This edition is a special electronic version of the Marine Corps Heritage Foundation version and includes bonus copy of the symposium presentation.

The year 1968 was particularly significant in the history of the Vietnam War. On 30 January of that year the enemy attack known as the Tet Offensive began across South Vietnam engaging US Army, Air Force, Marine Corps, and Navy units. The initial thrust was halted by 24 February but an increased level of fighting continued until 23 October. Between 30 January and 3 March the Battle for Hue City raged achieving legendary status in US military history. Further north and west near the Laotian border and the DMZ, the Siege of Khe Sanh was being fought. A part of the Tet Offensive enemy operations, the siege began on 21 January and continued until 9 July. Two regiments of Marines successfully defended against a North Vietnamese Army force estimated to be equivalent to three divisions in strength. The Siege of Khe Sanh added another legend to the US history of the Vietnam War.

With less fanfare and publicity another singular event was taking place near the time the siege was lifted. On 6 July 1968 Marine Observation Squadron Two or VMO-2 flew the first combat mission in an OV-10 Bronco. VMO-2 was located at MCAF Marble Mountain in Military Region 1, also known as I-Corps, and was tasked to provide support to the 1st and 3rd Marine Divisions and other allied forces located in I Corps. In November, VMO-6 located further north at Quang Tri started flying OV-10s on combat missions accepting responsibility for OV-10 operations in the northern-most section of I-Corps and support to 3rd MARDIV.

During this period the Air Force initiated Bronco combat operations in Military Region 3 or III-Corps. Located near Saigon, the 19th Tactical Air Support Squadron or 19th TASS was tasked with supporting US Army units including the 1st Cavalry Division, the 25th Infantry Division, the 5th Special Forces Brigade, as well as other allied forces operating in III-Corps. They began flying OV-10s in August 1968.

The OV-10 Bronco was not the only new aircraft introduced to combat during the Vietnam War but it is unique in that the OV-10 was built for the Vietnam War. Born in a concept dating from the 1950s through acquisition and development in the early 1960s, the Bronco was defined by requirements resulting from experiences in limited war and counterinsurgency in the 20th century. The Marine Corps and the Air Force both ordered hundreds of the airplane and waited through initial delays to employ it in Southeast Asia and the Vietnam War. This paper addresses the activities that had occurred leading up to deployment in 1968. The paper will also cover the methodology applied by each service to prepare and execute deployment directly into combat.

This paper is prepared by the OV-10 Bronco Association (OBA), a Texas not-for-profit entity that operates the Fort Worth Aviation Museum. The paper is based upon material held in archives by OBA and first-person accounts from the people involved in fielding the OV-10 in 1968. It builds on the award-winning paper prepared for and presented at the 2015 Violent Skies Vietnam Air War Symposium by OBA, The OV-10 Bronco, Designed for Counterinsurgency and the Vietnam War. Additional details about the OV-10 may be found in the referenced paper and in the sources listed in that paper’s bibliography.

This paper has been written for a reader with a degree of knowledge about military terminology that was in use during the Vietnam War Era. If some terms used here are new or obscure, a definition of terms, acronyms, and abbreviations may be found in a glossary that follows the body of this paper.Table of Cont

Bonus material. You purchase will include a copy of the actual Power Point presentation at Quantico on November 14th, 2018 in pdf format. 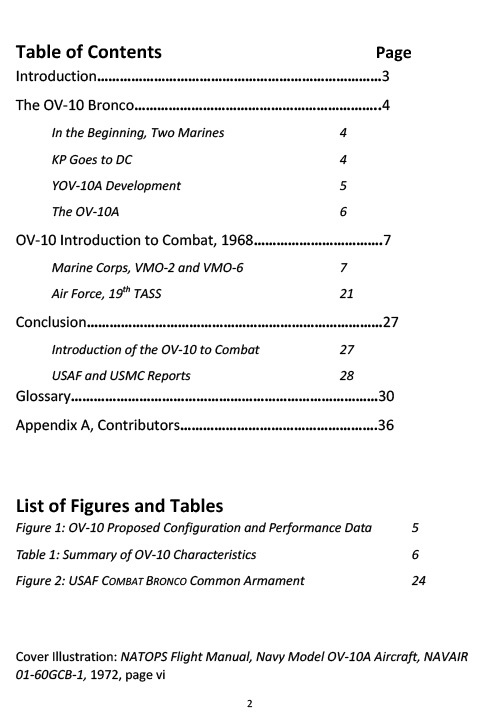 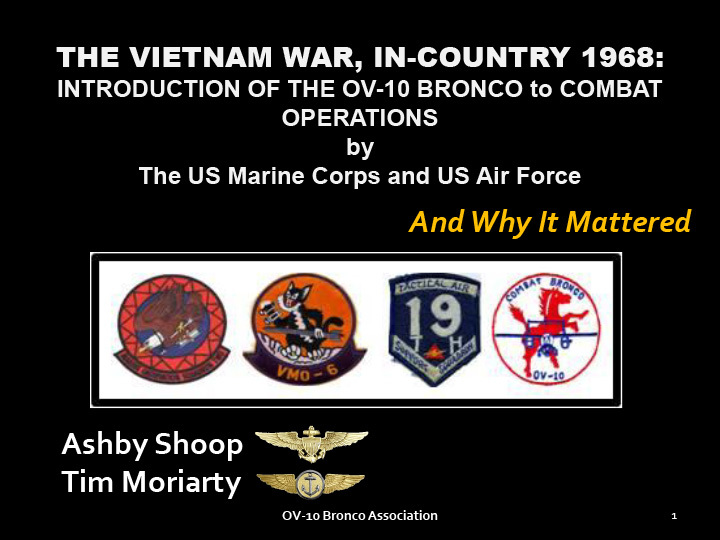